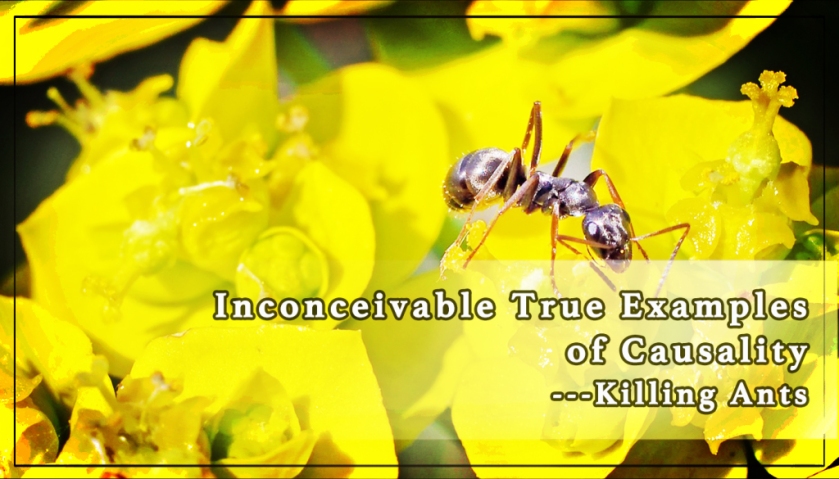 There is a person who used to be very disgusted by the presence of ants. Every time when he saw many ants gathering in a corner or moving on the ground, he would lit a fire to burn them all without leaving even one alive. He enjoyed doing that for several years. As a result, countless ants had been burned to death by him. An unfortunate incident eventually happened. One day, the gas pipe in his home started to leak due to long-term tear and wear and lack of repair and caused an explosion while he turned on the gas. Being scared and startled, he ran over to shut off the gas. However, the fire was very strong and the temperature was very high. He suffered serious burn injury throughout his body. Due to the serious and urgent situation, he was sent to different major hospitals for emergency treatment. The doctors said at that time, more than 40% of his skin was scorched and his life was at risk. Therefore, he must stay in a large hospital for long-term treatment. It is a known fact that the treatment of scalded or scorched injuries is the most painful and risky process, which can be called torturing of hell occurring in the human world. Even if he is lucky to get his life back in the future, the skin will still have difficult-to-remove scars and the patient will have serious sequela. Therefore, what he went through was truly a horrible experience.